The President’s State of the Union address [StateOfTheUnionEarly] was pretty boilerplate, at least for this President. He emphasized all the things we expect him to these days: war on terrror, exporting democracy, domestic security, etc. There were a few notable things that jumped out at me as a scientist, and I’ll comment on them.

The first was the mention of fighting AIDS, malaria, and poor education in impoverished nations. I know that many people have been unhappy in the ways that the President chooses to fight these things (promoting abstinence over education when fighting AIDS, for instance), but at least it gets mention when he talks about our global interests. Certainly an excellent way to fight the roots of terrorism while natually promoting the core principles of America is to eradicate crippling disease and eliminate ignorance about language, science, and civics.

The things that jumped out at me the most were the “American Competativeness Initiative” and the way in which the President attempted to define scientific ethics with religion. These two messages, when mixed, are very confusing.

* Get more qualified teachers into K-12 math and science, including AP courses

These are all basically a repackaging of ideas promoted by the National Academy of Science’s “Rising Above The Gathering Storm: Energizing and Employing America for a Brighter Economic Future”:http://www.nap.edu/catalog/11463.html, and two other proposals, one non-partisan [NationalSummit] and one by Democrats [InnovationAgenda]. However, it’s clear that the urging of the President’s own party [AIPFYI200613] has not fallen on deaf ears. There is already bipartisan Congressional sentiment to make this initiative happen, and I am very glad to see the President highlight this proposal in his budget request. While it’s better in the long term for science budgets to achieve steady, slow growth, starting with a doubling isn’t all bad.

First: I propose to double the federal commitment to the most critical basic research programs in the physical sciences over the next 10 years. This funding will support the work of America’s most creative minds as they explore promising areas such as nanotechnology, supercomputing, and alternative energy sources.

Second: I propose to make permanent the research and development tax credit, to encourage bolder private-sector investment in technology. With more research in both the public and private sectors, we will improve our quality of life – and ensure that America will lead the world in opportunity and innovation for decades to come.

Third: We need to encourage children to take more math and science, and make sure those courses are rigorous enough to compete with other nations. We have made a good start in the early grades with the No Child Left Behind Act, which is raising standards and lifting test scores across our country. Tonight I propose to train 70,000 high school teachers, to lead advanced-placement courses in math and science . . . bring 30,000 math and science professionals to teach in classrooms . . . and give early help to students who struggle with math, so they have a better chance at good, high-wage jobs. If we ensure that America’s children succeed in life, they will ensure that America succeeds in the world.” (Text from copy prior to actual speech)

To contrast with this optimistic proposal, I was troubled by a later admonishment the President gave regarding biological research, centering on ethics and referring to stem cells.

A hopeful society has institutions of science and medicine that do not cut ethical corners, and that recognize the matchless value of every life. Tonight I ask you to pass legislation to prohibit the most egregious abuses of medical research – human cloning in all its forms . . . creating or implanting embryos for experiments . . . creating human-animal hybrids . . . and buying, selling, or patenting human embryos. Human life is a gift from our creator – and that gift should never be discarded, devalued, or put up for sale.

So in one breath, the President calls for a huge investment in basic research, the kind of curiosity driven research that answers both the deepest and the quirkiest questions. In the next breath, the President defines a Christian ethics that must guide science and medicine and calls on Congress to pass laws to restrict how science can make breakthroughs. I wouldn’t mind this if he’d been more specific: for instance, if he’d specifically noted that researchers involved in the science should be barred legally from donating their own embryos, as that creates a deep ethical quandry as to whether coercion was involved. However, he was dangerously vague – “creating or implanting embryos for experiment” bars all research on human embryos, and does so because “Human life is a gift from our creator”.

I can think of many ethical principles that guide scientists when they work on the forefront of human health research, including Christian philosophy. However, to stand there and dictate that all legislation defining scientific ethics stems from a perspective wherein a creator endows us with a special place in the universe is a dangerous painting of science with religion. Not only that, but in one swoop the President reiterates the non-scientific claim that human life is the same whether it’s fully formed or an embryo. He couples religious beliefs with gaps in scientific understanding, and forms a policy from this shaky combination. It’s just these kinds of statements from a public policymaker that sow clashes in science and religion that otherwise wouldn’t have happened.

.. [NationalSummit] “The National Summit on Competativeness: Investing in U.S. Innovation”

.. [InnovationAgenda] “The Innovation Agenda: A Commitment to Competativeness to Keep America #1”

Well, the ants are back. In the house, that is. Jodi discovered them sneaking in through a crack in the foundation, using […]

I Google myself. There… that’s much better. Always better to just admit things and get them over with. OK, with the air […] 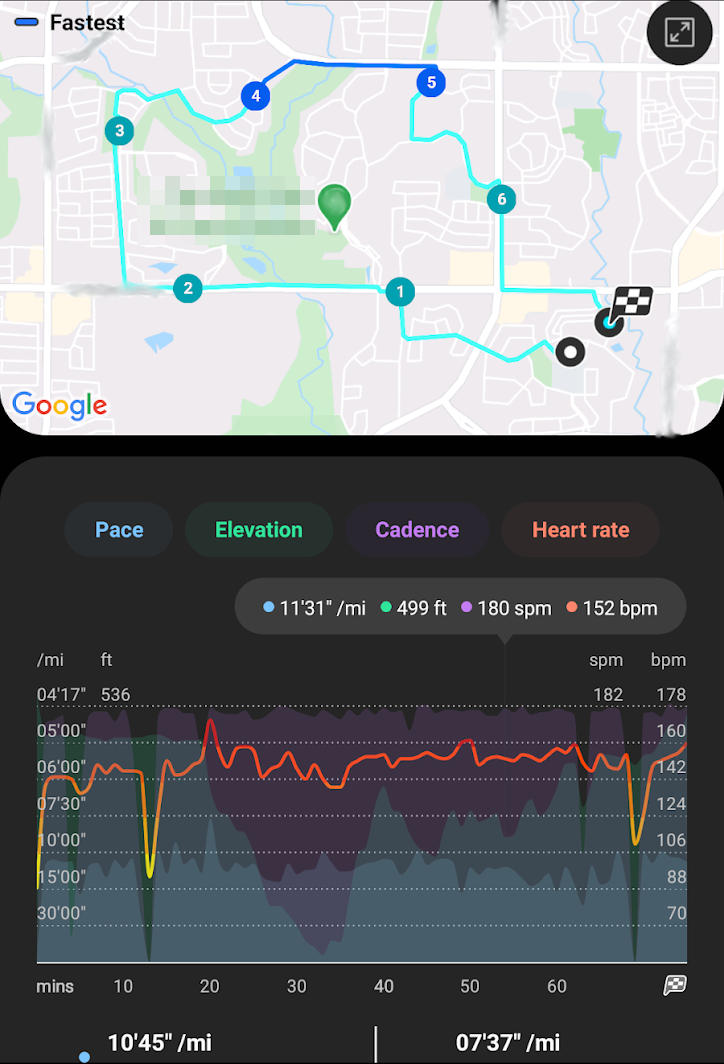 It’s December 29, it’s about 60F outside, and I had a fantastic 7-mile run today. It’s been rough-going for outdoor exercise lately, […]

I made a great number of observations about our nation during this Christmas break, which I’ll distill and write about over the […]