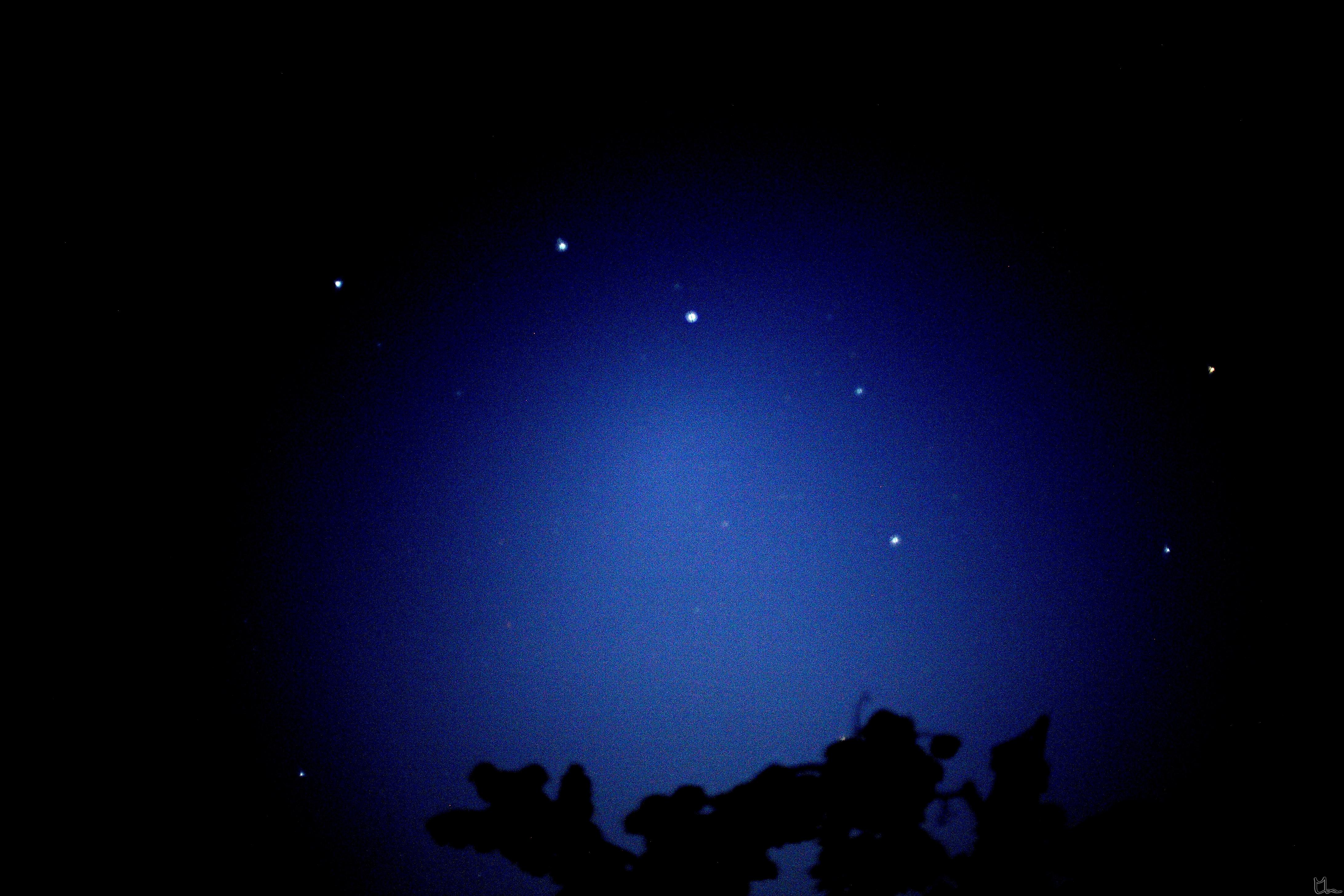 When I think back to my youth, I recognize a series of key moments that happened that led to my becoming a physicist. I often speak of one of those moments when I discuss physics with students or the general public. My father once recorded a documentary about physics entitled “The Creation of the Universe,” hosted by writer Timothy Ferris [1]. A scene from that documentary had a particular effect on my mind, which in part led me down the path of being a physicist. In that scene, the full length of a typical human life was compared to the trivial act of light leaving the Big Dipper and travelling to Earth. In that one moment, I came to understand our place, the insufficiency of light itself in comparison to the size and scale of the universe, and the small but meaningful role that humans play in the life of the cosmos. I hope to live long enough to see the stars of the Big Dipper as they appeared on the day that I was born.

I have come to think about this moment in my life because the sky over Northern Wisconsin is very clear. When one steps out on a cloudless night, free from the glow of city lights, one has an unfettered view of the cosmos – at least, as unfettered as one can have bound to the outer solid surface of this planet while trapped at the bottom of an ocean of air. To the north I can see the stellar objects that make The Big Dipper, whose proper name is Ursa Major, the “Big Bear.” [2] The brightest objects that form this constellation are stars, and from the back of the dipper’s “handle” to the tip of the cup they are Alkaid, Mizar, Alioth, Megrez, Phecda, Merek, and Dubhe. These stars are all well-contained within our own galaxy, the Milky Way.

But all of these are just numbers. There is no sense of scale here. They are so big as to be meaningless to a human being, who feels that a 100-mile drive is “too far.” We have to put this in perspective.

Think about light. The speed with which light travels from place to place is the fastest speed anyone has ever measured, and hypothetically it is the fastest ANYTHING in the universe can ever travel. Light seems to be very fast to us, so fast as to be “instantaneous” in its motion from place to place. Modern telecommunications relies on pushing light through fiber-optic cables across oceans and continents; we take for granted how fast light is, but the fact that its speed is finite is important and something that engineers and scientists have to take into account when building telecommunication and computer systems; such systems are so fast and so sensitive that the speed of light can be sluggish enough to matter.

What about the speed of light on the scale of our universe? We often measure the universe in “light-years” – a single light-year is the distance travelled by a beam of light in a single year, moving at 186,000 miles per second. It takes about 8 minutes for light to travel from the sun to the Earth; already, within our own solar system, light seems sluggish.

Light from across the galaxy takes 100,000 years to travel to Earth! But this, again, is just a big number. No human lives 100,000 years, so the mind deflects it without distraction.

Here comes the humbling fact, made plain to me by Mr. Ferris.

On the day that I was born, points out Mr. Ferris, if my eyes were to behold the stars of the Big Dipper (let’s say Mizar, Merak, Alioth, and Phecda), I would not be seeing them as they appeared then, but rather as they HAD appeared 80 years earlier. That is to say, light from the stars of the Big Dipper takes about 80 years to make the journey to Earth, so when we look at them now we are seeing them as they appeared 80 years ago.

So if I make it to my 80th birthday, I plan to look up into the night sky and at the stars of the Big Dipper. Then, at that moment, I will see their light as it was on the day of my birth.

Who am I? I am a short-lived cousin of modern apes, capable of fashioning tools and expressing myself in spoken and written language; I am able to develop abstract representations of the universe through Mathematics, and explain the behavior of the Universe through physics. But I came to a love of physics through the speed of light, and the realization that when I look at the night sky I do not see it as it appears now, but as it appeared 100, or 1000, or 100,000, or a billion years ago. My eyes behold a set of points in the sky scattered back through many different times.

Who knows what the cosmos looks like now? I am only glad to know that I can understand what I see through physics and mathematics, that I can make amazing sense of the universe with those tools, and that long ago I found my place in this cosmos at a very young age.