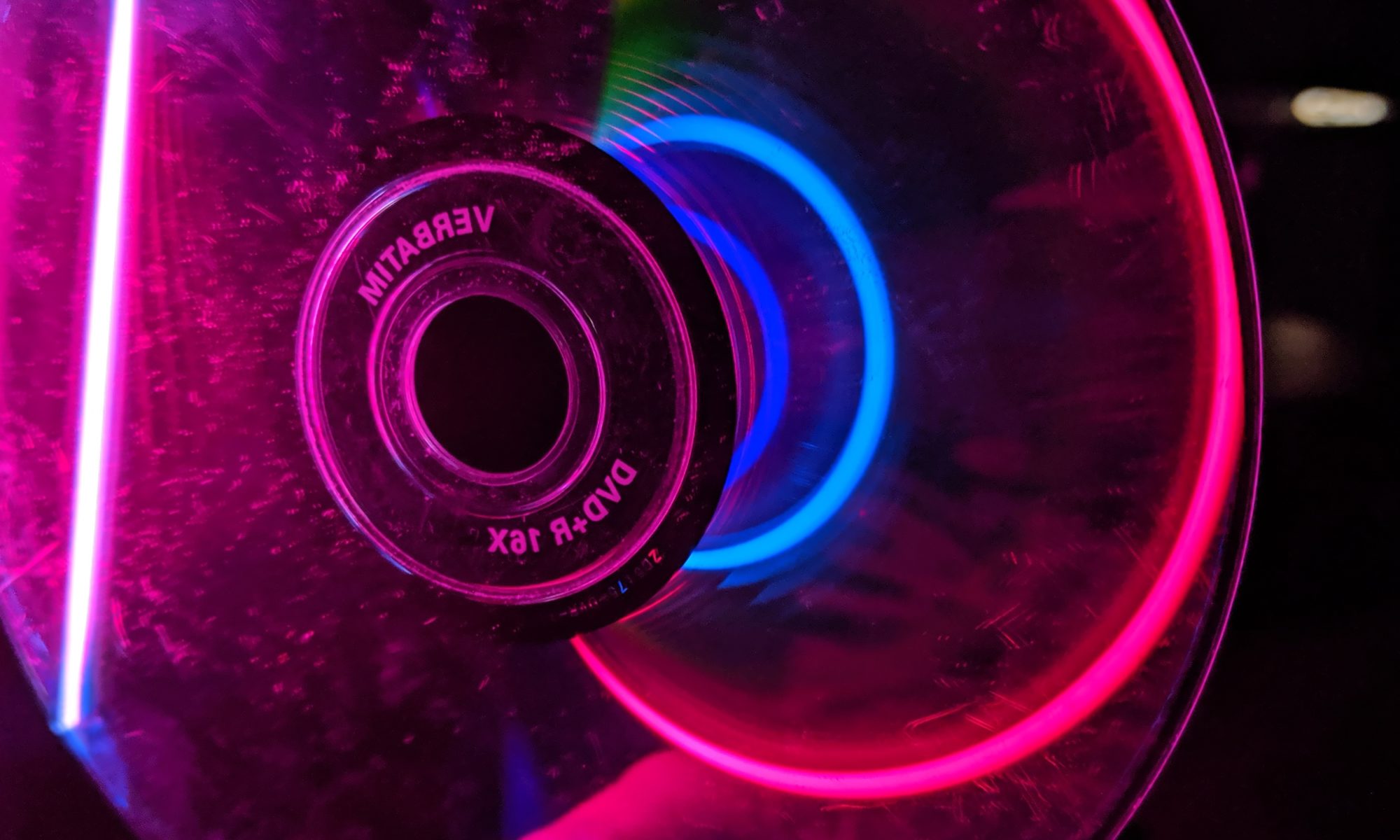 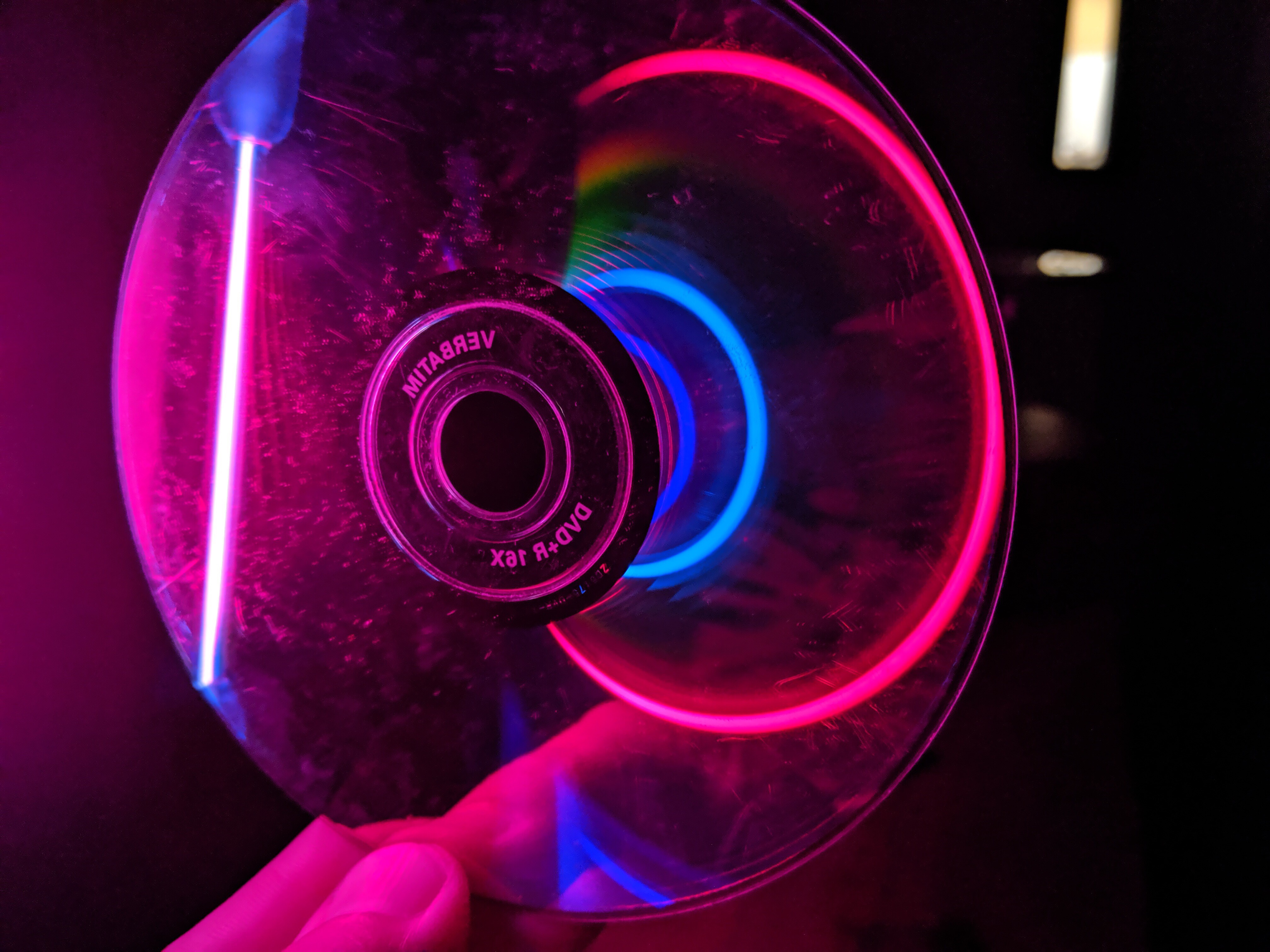 It never fails. An optical recording disc, with its numerous small grooves, causes light from a hydrogen discharge tube to spread out in a rainbow. Except this rainbow is incomplete, with only a red, a cyan, a blue, and a violet line. Where are all the other colors? Hydrogen cannot make them. The electron in its orbit around the proton is constrained like a standing wave on a guitar string. Only certain frequencies of its orbit are allowed. Only certain kinds of light can emerge.

The real quantum realm, laid bare with plastic and light and electricity.