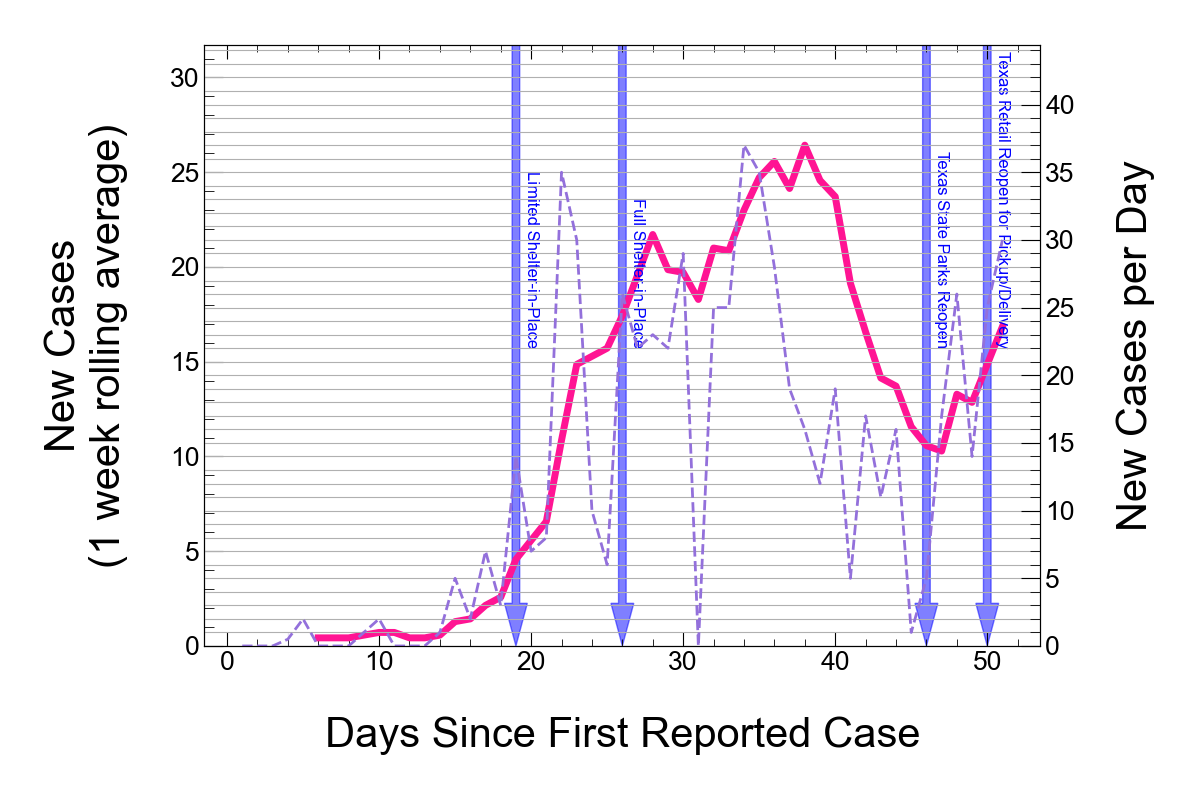 Any way you split it, Collin County, TX is losing ground to the SARS-CoV-2 virus. We are home to a population of 1 million people. As of April 13, the county had only performed 3464 tests of people for SARS-CoV-2. As of today, we have 639 known cases of COVID-19. The number of cases reported each day is climbing again, doubling about every 22 days; that’s a decrease in the doubling rate from our recent best, which was 35 days (over one month). Our worst doubling rate was before shelter-in-place restrictions were put in place, with a case doubling rate of every 2 days.

Update: if scientists were part of our county’s process of planning for the economic reopening, they would be able to inject data from other places that have relaxed social distancing and re-opened. We have much to learn from cities and regions that have already tried this experiment… and it hasn’t gone well.

The judge who oversees Collin County proclaimed on April 24 that his executive order from March 20, declaring various closures, shall expire on April 30. This he proclaimed even as the progress the county had made in controlling the virus’s spread was reversing. Here is what will end on April 30 as a result of this new order ending the March 20th order:

Effective as of 11:59 PM on Friday, March 20, 2020, and continuing for as long as the Declaration of Local Disaster for Public Health Emergency remains in force;

No time to quit

Sunday in the Park with Pandemic

Beyond the Tired Kingdom at sunrise