Memorial Day is treated differently by everybody I know. Some people sleep in (that’s me), some people go to parades or cemetaries, and some people even work. I did a little of all of these today. For me, Memorial Day is quite a private matter. I remember in my youth in Connecticut often attending church functions in local cemetaries, where fife and drum would lead us to a field of crumbling gravestones. We would bow our heads and remember the lives, and deaths, of all of those Americans who came before us, all the way back even to the Revolution.

Now, I consider Memorial Day a day to remember my maternal grandfather, whom we have always simply called “Pop pop”. His death, which came suddenly and – to me, at least – without warning at the beginning of my teenage years, was one of the most formative experiences of my youth. I remember a lot about the events around the time of his death, and I find as I grow older I wonder more and more about his life.

I remember he and Nana had visited us in Connecticut only a few weeks earlier. I remember that I was very much in my Nintendo-and-guilt phase, wherein I realized I spent too much time playing video games and not enough time with my family (but somehow felt unlike changing my behavior). I remember watching “Driving Miss Daisy” on HBO while Pop-pop and Nana were visiting. I remember going into the woods with my sister, where we often played out sword-laden adventures in the swamp, and her slipping off a log and into a bog, where she cut her arm and got a bad infection in the wound. And I remember the day I stepped off the bus a few weeks later, only to be greeted by my father at the end of the driveway with the wrenching news of Pop-pop’s death. I then entered the first stage of grieving, denial, right there at the end of my driveway.

The rest is a bit of a blur. I remember taking the next day off from school. I remember getting a cold and taking Ricola cough drops for the first time for my sore throat. I remember going to Maryland, though I don’t recall how I got there (I think we drove). I remember standing in the hallway of the funderal home, terrified of seeing Pop-pop dead. I remember one of the most striking images of my youth – not the sight of my lifeless grandfather, but the sight of my own father praying on his knees silently in front of the coffin, alone in the viewing room before all the family and friends arrived. I remember the American flag that accompanied my grandfather up to his grave, that was given to my grief-torn grandmother.

Pop-pop fought in the second World War. I know very little of his career in that campaign. Actually, it seems most of us know very little. He had begun to write a memoir on his computer when he died, and in many ways I feel this is a loss that grows more painful as I grow older. I know so little of the lives of my family, in contrast to Jodi, who knows so much about hers. Somehow, we just never got around to talking about the past in our family.

Every Memorial Day, I take out that American flag, the one given to my grandmother so long ago. I don’t recall how it came to me. I don’t remember at all when I was given it, or why. But I am grateful that I have it, for it keeps in my memory and my heart the life of my grandfather.

I owe something else to Pop-pop. After he died, my sister and I got to hang out in his basement workshop whenever we wanted. In that time, I started tinkering with electronics and oscilloscopes, which Pop-pop kept down there for his work as an electrician (in his retirement!). It was thanks to that tinkering, the exposure I got from my father and my school to the great ideas of physics and chemistry, and a little kick from an old Nova episode, that got me started on the path of experimental physics. I suspect that if any one of those pieces were missing, I’d still be pursuing a career as a writer. 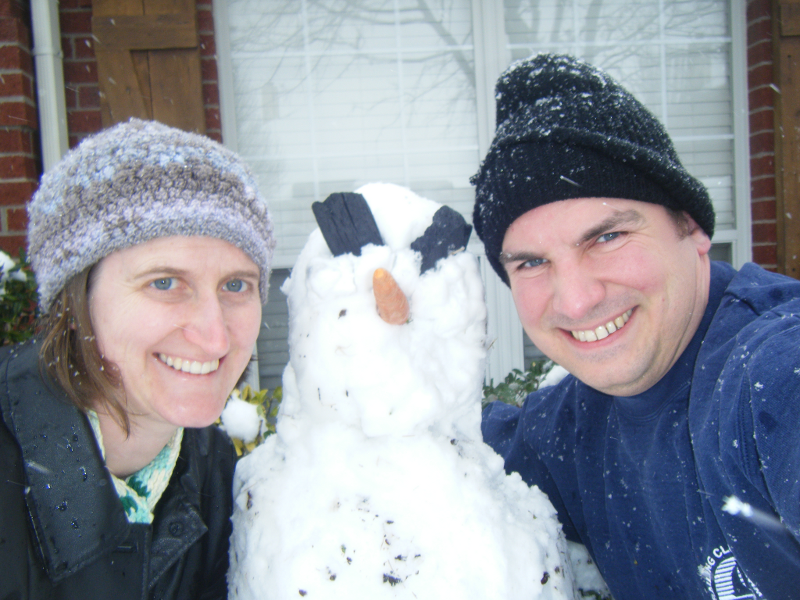 I’m told this doesn’t happen very often, and when it does it isn’t usually this bad. Today, it snowed several inches in […]

Too much flying. Too much up and down, and sitting on runways 25th in line. Too much fried food, and fast food, […] 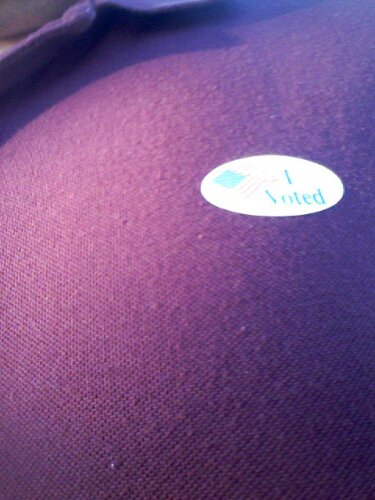 A visit by family members usually coincides with embarrassing failures of computing in our household. This is embarrassing because I try to […]