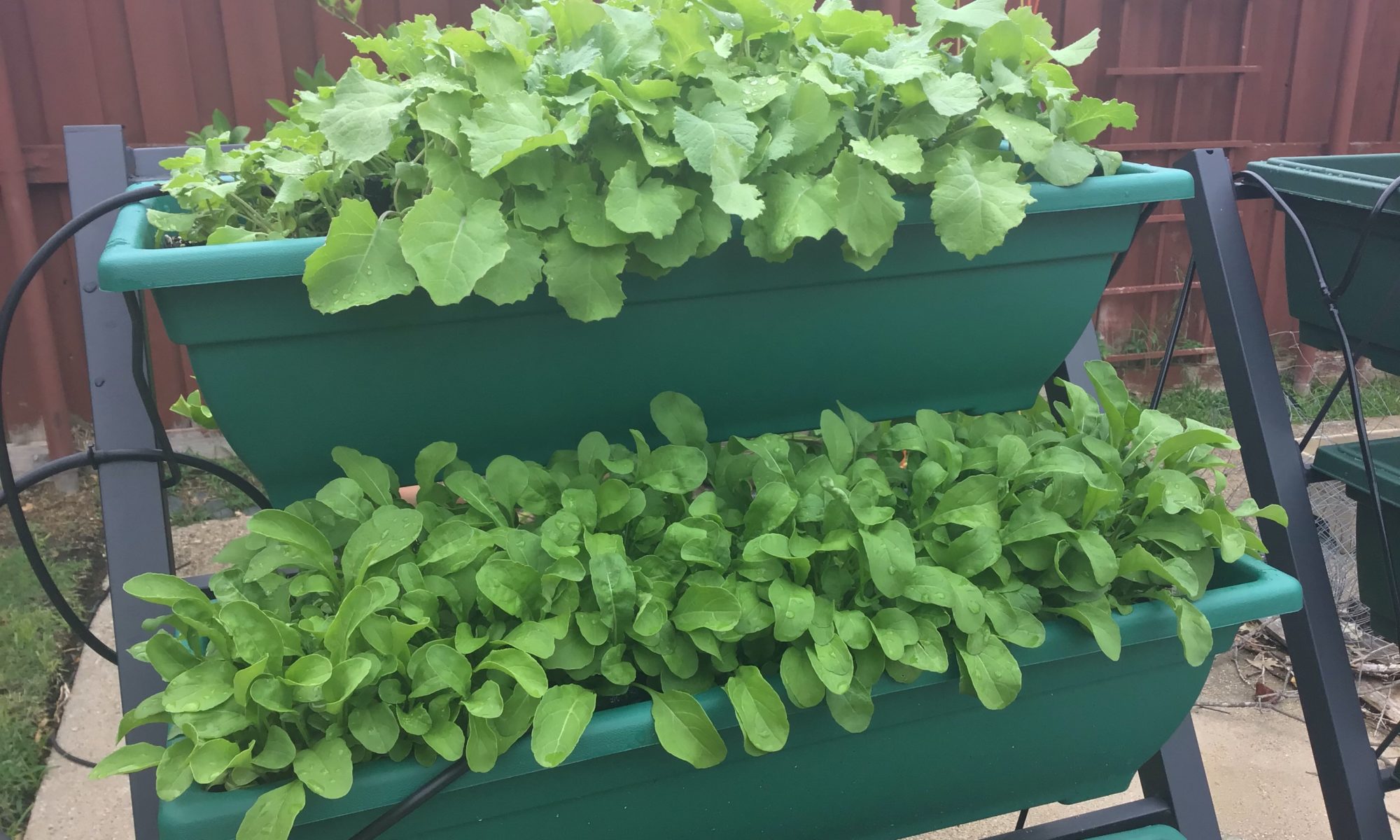 We are taking our home garden a bit more seriously this year. The pandemic, and poor health practices by shoppers at the local grocery store, have made it more important to offset time spent in the aisles by planting at home. If C-day was the day Texas’ leadership abandoned its people, unarmed, to a new viral enemy, then this would be the resurrection of the small victory garden.

For me, this started back early in the lockdown in March. I had already been told to remain away from my university campus starting March 6; I had just returned from CERN and my university had, earlier that week, banned all international travel. This gave me a small head-start on thinking ahead about what we might need during a longer lockdown, which came a couple of week’s later in Texas. At the time, I experimented with growing potatoes indoors. Two of those potato plants took off like weeds. The others I spent too long before planting, and they’re never sprouted actual plants.

The leafy greens took off fast outdoors. The potatoes indoors should be ready to harvest soon. I’ll keep some of the potatoes for new seed and replant the plants if they are still viable. We’ll have a small portion of food to eat and a little more freedom from spending too much time in the presence of average Texans who cannot be neighborly, nor show the empathy for a fellow person that is the hallmark of simple mask-wearing.

The Virus Strikes Back