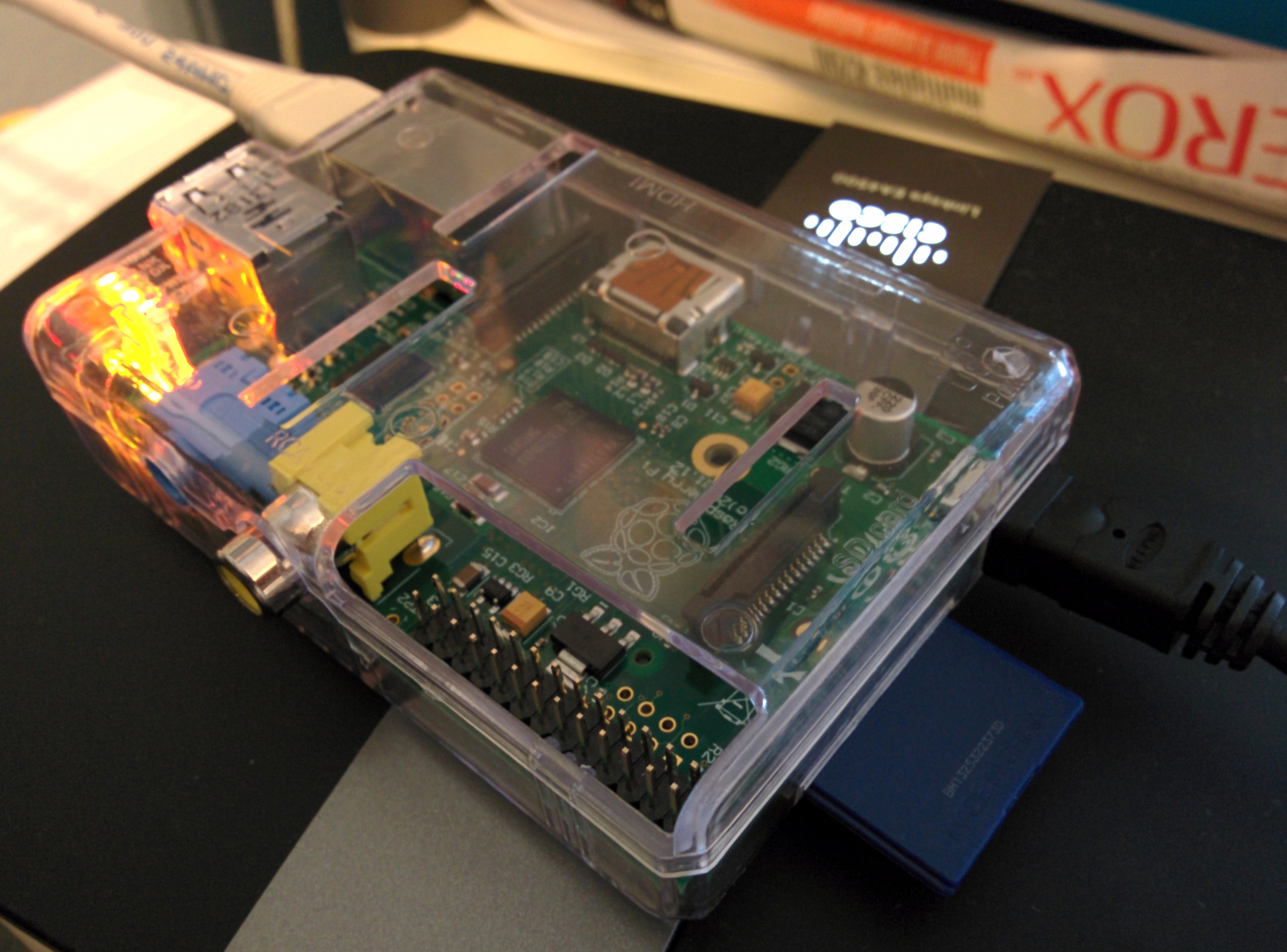 Data ownership is a serious issue on the internet, especially given the revelations that spy agencies like the NSA have been sneaking into back doors in companies like Google and collecting massive amounts of our personal metadata. While the courts and other US public institutions wrestle with the difficult constitutional issues behind this unprecedented warrantless surveillance, each of us can do things to own and protect our data on the internet. By running our own internet services, we can take data out of the hands of companies like Google and Facebook and, instead, hold that data in our own homes, encrypted, while deciding with whom we share it.

END_OF_DOCUMENT_TOKEN_TO_BE_REPLACED

Now that digital cable seems well under the control of sTeVo, my MythTV box [1], I thought it would be helpful to post some of my lessons learned in this process.

Lesson 1: MythTV is robust and flexible. The dedicated team of MythTV developers have made an adaptable product. The fact that the software was ready to go, letting the tuner change the channel or an external IR emitter control the cable box, is a testament to the foresight of the team. Modifying MythTV to use the new emitter was as easy as following a short web page, and was the least of my problems [2].

Lesson 2: Digital cable signals are not robust. The fact that something in the cable wiring of our rented cottage causes attenuation or corruption of digital cable signals suggests that the new digital cable system is teetering on the verge of success. It makes me wonder what I’m spending $70 on every month. Yes, I now have 4-5 public TV stations on which I can get a later showing of the Lehrer News Hour. But who cares, when I have to go through undergrad-quality lab techniques to get the signal stabilized? I’d rather have fewer channels and a system robust against small problems (e.g. the analog system) than a big buffet of grade Z digital comestibles.

Lesson 3: Changing the channel is a tricky business. First, to control the DCT700 you need an LIRC remote transmitter definition file. I found one that solves the infamous “zero” problem, where sending “0” doesn’t work (making it hard to get to channel 10, for instance!) [3]. I found a very nice script containing the raw key codes for the remote, with extra code characters that FIX the “0” problem [4]. I also added the “exit” raw code to this file, which is given by:

This is really a necessary code, because often when the signal doesn’t get transmitted cleanly to the DCT700 it leaves menus on the digital cable screen that make changing the channel a second time impossible. This prevents all future channel change commands from working. You need to be able to tell the box to exit this state.

The other part of this lesson is the delicate timing, and repetition of commands, needed to make a successful, guaranteed channel change. The DCT is SLOOOOW, and inaccurate. I found that I had to write my own channel change script, enforcing the following sequence of commands: “Change to channel XYZ, sleep for 1 second, send the exit code, sleep for 0.3 seconds, change the channel to XYZ one more time, sleep for 1 second, send the exit command, sleep for 0.3 seconds, send the exit command again.” This sequence helps to guarantee the channel change, and the removal of menus from the screen during recording. This is ESPECIALLY necessary if your IR transmitter isn’t quite placed over the “sweet spot” of the DCT700 receiver.

I hope this help anyone else making the switch. For giggles, I uploaded the channel change script; you’re welcome to it [5].

Microblogging, the act of writing just a few words about an observation or a thought, is becoming more popular. In and of itself, I’m not that thrilled about it. In a way, it’s just another cheap, short form of communication. However, most of the reason why I’ve avoided it is because existing microblogging options, like Twitter, are owned by a central company. I’m tired of having accounts on different company websites that have to be simple enough to do yourself.

Microblogging is simple. You type down your post in 140 characters or less and post it. Unlike full-fledged blogging, you don’t have to waste time worrying about what you’re going to write. No categories, tags, etc. get in the way. It’s just thoughts, from mind to paper.

It turns out there is an open-source implementation of a microblog, called Laconica. I installed it on our server, and I’m going to try it out as a complement to full blogging. You’ll find the feed from the microblog in the left column of this blog (look for “Chirp”). Or, you can go to the site and read it from there: www.cooleysekula.net/chirp. You can subscribe to the feed using the URL www.cooleysekula.net/chirp/rss.

I’m still learning about all the features of the software, so it will take time for me to figure out how to make post without using the web interface, but it’s functional. And, I control it, not some company. I like that.

I’ll be posting short observations and thoughts there. I’ll also try to use it when I’m at conferences, etc. to point out where I am for dinner, meeting up, etc. That’s the other use of microblogging – social connections.

It’s an experiment, and like all experiments it may succeed or fail.

I found out on Friday that I am not the only one sending letters to the DNC about their choice to shut out the Linux community. A friend of mine told me she also sent a letter, and it sounded like it was a much more pointed statement than mine. I was curious if other people, people I don’t even know, were complaining about this choice of Silverlight/Microsoft as the gatekeeper to DNC-branded democracy.

My little websearch turned up one interesting fact about the RNC – they’ll be having Google as their techology provider [1]. That suggests to me that the RNC will at least provide Google Video, which is Flash-based. While Flash has a history of annoyance in the open-source community, at least it’s something we can all use these days. I’m interested to see whether Google goes as expected on Tuesday.

I also found some articles basically telling the Linux community to shove it [2]. One counterargument is that disenfranchisement amounts only to preventing me from voting. By that level of argument I could make the case that we do away with a tax-supported public education system, since I could argue that “book learnin'” is useless and all that matters to the economy is hard work.  Voting, the hard work of democracy, isn’t the only means to disenfranchise people – depriving them of the information they need to fulfill the Founders’ vision of an informed populace actively participating in the democratic process has got to be part of that.

Separate from the semantics arguments (I could instead watch on TV or read in a newpaper), there is a philosophical one. Why can’t a party that claims to want to be inclusive go with a more inclusive technology? The above article cited that only 3% of computer users use Linux (those are home desktop users, I presume). Why should the DNC care about including in their form of democracy just 3% of the U.S. population?

Most census estimates suggest that somewhere between 1-3% of U.S. citizens are Muslim. I doubt the Democrats would make the argument that they’re not worth including in the democratic process. Why, then, is it so easy to dismiss a passionate group of people who believe that expression through technology, like religious expression, should be free?

To the point, my friend and I aren’t the only ones pissed off about this [3]. Thank goodness Obama went with YouTube on his website, or I’d have to do all that paperwork to be an independent. Let’s hope the DNC follows his lead.

From the open letter to Obama and the DNC [3],

To the members of the DNCC: your choices affect all citizens of the United States. By choosing to restrict access to corporate-owned and corporate-controlled operating systems, you have chosen corporations over citizens. Is this an indication of the direction of the Democratic party? Can we expect continued government support of corporations over citizens in the future?

The author of this letter blames Obama in this. He’s his party’s nominee, not the leader of his party (not unless he becomes President). Folks like Pelosi and Dean call the shots for the party for now, and it is at them we should be directing our frustration. Obama’s website indicates he gets it. He’s on our side of this issue, whether he knows it or not.