The BaBar Collaboration meeting is over, and it was as exhausting and fulfilling as I had hoped. Despite the necessary shutdown to address the safety culture at SLAC (which occurred just over a year ago), we have bounced back with enthusiasm and science. The upcoming winter conferences will be a lot of fun for our membership, if stressful.

Jodi and I embarked Friday on the first leg of what will become our winter break. Two friends of ours, former members of the BaBar collaboration, are recently married and celebrating with their friends this weekend in Naperville, right next to Fermilab.

We took one of our favorite airlines, ATA, from San Francisco to Midway airport. This was one of the best plane rides I have ever taken, mainly because our flight attendant, Derek, was one of the most remarkable people I’ve met in quite a while. Derek, who clearly loved his job (he deeply lamented the coming financial hardships for the airline industry, and was worried about his own fate as an attendant), was also extremely bright and well-informed.

Our first meeting with him was when he was making some final stows on the aircraft. Jodi asked him if he could take her jacket and put it in the forward closet, if room were available. Thinking she was asking to stow luggage, he at first politely declined (and delivered the “I’m sorry ma’am, I’m not allowed to do that” speech). When he realized she was actually indicating a piece of clothing, he smiled and took the jacket. Just before take-off, he noticed that I was reading Carl Sagan’s “The Demon-Haunted World, Science as a Candle in the Dark”. He beamed and enthusiastically asked, “Are you reading that book? I love that book! I read it, like, 10 years ago!”

At first, I thought this was a typical service-industry ploy to gain my confidence as a consumer. This is a typical strategy in the service industry that, when executed well (e.g. the person asking has real knowledge and can honestly engage) is persuasive. When asked by somebody who is just trying to gain your confidence without actual interest in the subject, this ploy is typically an embarrassing and uncomfortable failure on the part of the employee. However, a few minutes’ worth of chatting revealed that Derek not only had a wide interested in science, but a depth to his knowledge that many Americans don’t exhibit.

One thing that made Jodi and I blush was that when Derek learned we were both physicists, he exclaimed that we were like rock stars. It is ironic that he made this comparison, since Jodi has old me repeatedly that scientists are regarded in this way in placed like Japan (and South Korea, as we’ve seen with this recent stem cell scandal). America regards its athletes, its actors, lawyers, and doctors like heroes. But Americans tend to fall flat on educators and scientists, the very people upon whom our entire modern society is built.

Throughout the flight, Derek returned to us when he had time (and when he didn’t – I think we got him in trouble with his boss . . . ) and discussed particle physics, string theory (and how it’s really a hypothesis, with no evidence to back it up – I was stunned at his depth of reasoning and understanding), religion and science, politics and science. This young man (maybe a little older than Jodi and me), was truly a remarkable individual. I extended an invitation for him to join me at SLAC for a tour, when he has a layover in San Francisco in the new year. I honestly hope he takes me up on this offer, as there is nothing that would please me more than for him to actually come and see all the great things about which he has only read.

Derek is, perhaps, exactly the American that founders like Thomas Jefferson and Benjamin Franklin dreamed about. Well-educated, with a mind capable of attaining depth as well as breadth, but following his own path while having this knowledge. I have never believed that all Americans should be scientists or teachers. But I have always believed that Americans must embrace education, and understand what science is and what it is not, in order to better manage the decision-making inherent in a democracy.

We are daily deluged with decisions, with statements from authority, with alleged facts and figures. The scientific mind learns to treat all such things with skepticism, and only by rigorous and repeatable demonstration determine truth. As Sagan puts it, scientists express the limits of their knowledge with error bars; what if every political statement came with an error bar? How great would it be to admit in life, as in science, that there are always limits on current knowledge?

Ever since moving to Texas, we’ve had a lawn. I had spent months looking forward to the opportunity to take care of […] 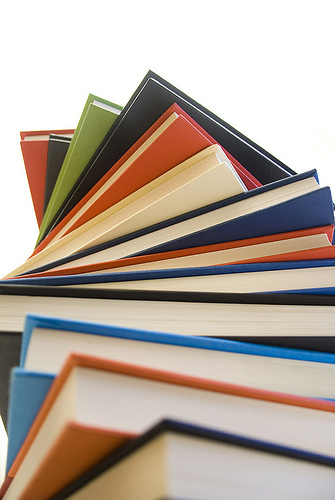 What is science and why should I care about it? Science is a reliable, reproducible, and verifiable process by which facts, […]

Earlier today, I had the pleasure of watching two presentations from the MiniBooNE collaboration on their recently released results. The first was […]