Author’s Note (2013/12/6): A commenter noted I was off by 10 in my extremely conservative upper limit on the mass of zinc present in a lozenge. However, that estimate was so conservative as to be ludicrous – it’s not based on homeopathy, which Zicam claims to use to prepare their lozenges. My more detailed calculation is more consistent with homeopathic dilution principles, and consistent with an independent computation, so nothing substantive changes in the math. Homeopathy is sham medicine. Its techniques involve extreme dilution, so extreme that (according to all the established laws of mathematics, chemistry, and physics) there is often not a single molecule of the active ingredient left in the preparation. Homeopathic peddlers charge exorbitant prices for sugar pills and make almost a billion dollars a year from their efforts.

You may think that you have not, in fact, ever fallen for the homeopathic scam. Ever taken Zicam? Oops. You have fallen for it. Here’s why.

The claim that the producers of zinc-based cold remedies make is that zinc has been shown to shorten the duration of a cold, and by ingesting zinc in the early stages of a cold you do yourself some good. A review of zinc as a cold preventative or cold duration reduction strategy suggests there is merit to the claim. However, zinc has a flip-side. It can be dangerous in various ways to the body in significant doses [2], depending on how it is administered (e.g. nasally, orally), so it is possible to do a lot more harm than good.

But what of Zicam? Is it a legit means to introduce zinc into your system at the first sign of cold symptoms? Zicam says, right on the label, that they are a homeopathic preparation. Let’s consider the ingredients. Zicam claims to contain two forms of zinc (that sound like something out of “Life of Brian” – I have a gweat fwend in Wome!): Zincum Aceticum and Zincum Gluconicum. Anyone who has read an ingredient listed in the HPUS (the homeopathic ingredient formulary) will recognize the use of Latin-like wording.

However, a quick look at the AMOUNT of Zinc listed in each pill or strip reveals something strange – the dosage is not listed in milligrams (mg), as is common in actual medical preparations (so you can know the dose!), but instead in the homeopathic dilution scale: 1x and 2x. That means, for instance, that for every 1 part of zincum aceticum used in the preparation of, say, a lozenge, 10 parts of water are used as a diluting agent. Typically, then an eyedropper is used to extract a small sample from the dilution and that is then dripped into solution with the inactive ingredients, which then make up most of the pill/strip weight by mass.

So can we estimate the amount of actual _zinc_ in each pill, lozenge, or strip? That’s nearly impossible to do, given the information they provide. But we can estimate. I weighed a Halls lozenge and found it to be about 4 grams (4g). Let’s assume a typical lozenge is about 5g of total mass. If we assume that the homeopathic dilution was done with the zinc against all the other ingredients, we can infer an upper limit on the amount of zinc in this lozenge. Since the zincum aceticum is 1x diluted, that means its mass is about 1/10th of the total mass of the lozenge, or about 500mg. The zincum gluconicum is about 1/100th of the total mass of the lozenge (2x), or about 50mg. That’s an upper limit, and given knowledge of the process of homeopathic dilution the above scenario is NOT how such a lozenge is actually made. Rather, an eye-dropper drop’s worth of a dilution of zinc and water is mixed onto each lozenge, or into the lozenge ingredients during preparation. Let’s analyze that more homeopathically consistent scenario.

According to pharmaceutical standards, a single “drop” is about 0.05mL [3]. Most of the mass of that drop will be water, not zinc, due to dilution; we can then safely estimate the mass of a drop of water to be about the mass of the water + zinc dilution. 0.05mL of water weighs 0.05g (water has a density of 1 g/mL at room temperature). Therefore, the zinc accounts for about 1/10th of that, maximum, per lozenge . . . or about 5mg per lozenge, maximum (0.5mg of the zincum gluconicum). I suspect that this is still an upper limit; the makers of Zicam say nothing about their manufacturing process, so for all we know they drip one drop into a big batch of inactive ingredients and stamp out 100 lozenges (or more) from that batch!

For comparison, your recommended daily allowance of zinc is about 15 mg. Non-homeopathic zinc preparations (lozenges) contains at least 100% of your daily dose of zinc in a single lozenge, and often more like 133% or 150%. This preparation is, at the very least, woefully lower than competing products.

To check my calculation, I searched on Google and found an LA Times post about this very issue. Quoting from the post:

Zicam RapidMelts, perhaps the most widely available homeopathic cold remedy, is sold at practically every drug store. According to the label, the single active ingredient, zincum gluconicum, has a 1X dilution. This means that one part of zincum gluconicum (a zinc compound) was diluted in 10 parts water before it was added to the lozenge. The label doesn’t say how much zinc is in the product, but a customer service representative reached by phone said each lozenge contains 10 mg. of zinc, a little less than you’d get from a typical multivitamin. [4]

So, should you spend money on zinc? Maybe. There is credible evidence that it can help alleviate a cold, but at the same time it has side effects (upset stomach, dry mouth, and even damage to smell if taken nasally) that can be as unpleasant as sneezing and coughing . . . if not more permanent than sneezing and coughing. You should talk to your doctor and see what they recommend.

What of Zicam? Don’t waste your money. They don’t tell you how much actual zinc is in the preparation, unlike the USDA (regarding food and nutrients) or even products sold at places like GNC (that list the dose in mg, as it should be listed). You need to study homeopathy and have good math and science skills just to estimate the amount, and that’s just an estimate. I consider my estimate of the maximum amount of zinc to be based on realistic assumptions, so you should expect that one dose of Zicam (e.g. a lozenge) has no more than the zinc you’re getting already from dairy, cereals, or meat. It certainly doesn’t provide anything close to your recommended daily allowance.

Based on this assessment, if you spend money on Zicam you’re throwing away money – just eat a bowl of fortified cereal or a bowl of yogurt.

Since sham medicine is fundamentally about you being scammed out of your money, here is the financial angle on this issue. A box of Zicam lozenges (25 per box) at Walgreens costs $10.99. A box of 48 non-homeopathic zinc lozenges containing 20mg of zinc per lozenge costs $11.99 at GNC. If we use the 10mg zinc/lozenge figure obtained by the writer for the LA Times Skeptical Medicine blog, then we can compute the price per mg of zinc in these two products:

Zicam is making you pay 3.5 times MORE for the active ingredient than GNC. Now . . . go vote with your wallet.

Many of the comments of late have been anecdotal claims that Zicam “works for me”. The plural of “anecdote” is not “data,” and these comments are unscientific testimonials that I won’t any longer allow to be placed here. I’m ending comments on this blog post because, after 3 years, everything useful that could have been said has been said. 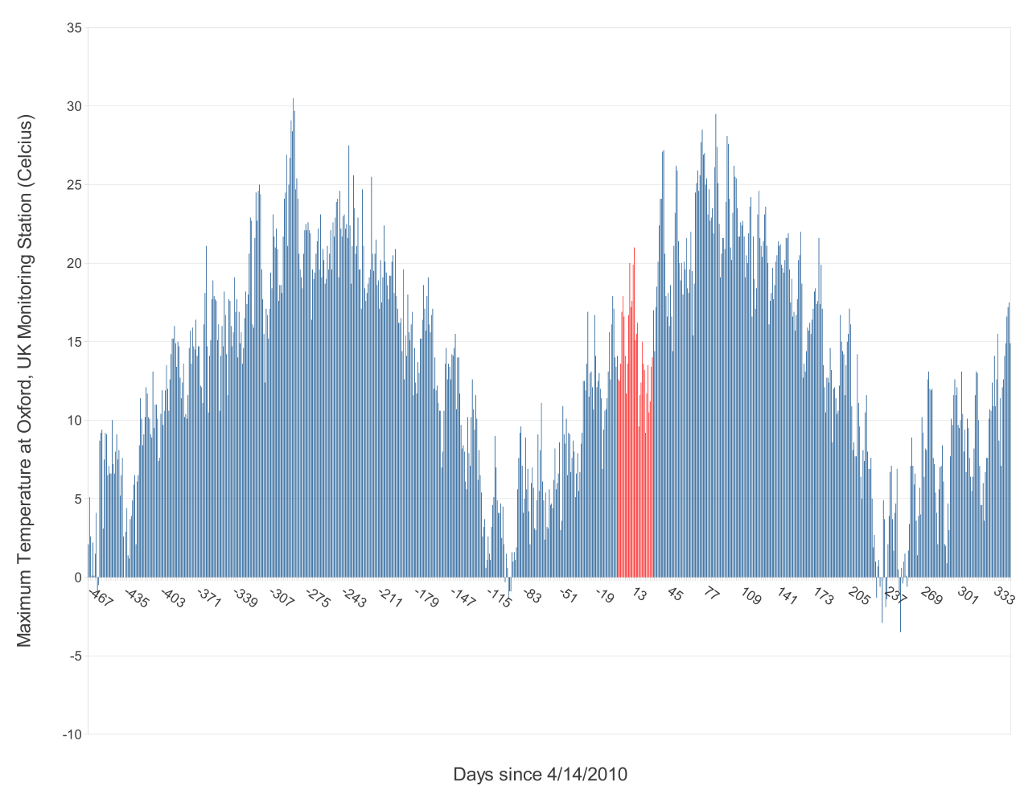 About a year ago, I made the following prediction [1] about European temperatures in the wake of the eruption of Eyjafjallajökull in […]

About a week ago, Jodi mentioned that an issue of “Stanford Scientific”, a student-driven science magazine, had hit the market. A few […]

Part 1 – What he said CNBC’s program “Squawk Box” recently interviewed the new EPA chief, Scott Pruitt. In an exchange about […]

The Dope on Runners Athletics in the U.S. has recently been put under a microscope, and why not? Olympic runners accused of […]